A police investigation uncovers various points of view and differing memories of the relationship between three teenagers. A first feature from 23 year old Miles Joris- Peyrafitte starring STRANGER THINGS' Charlie Heaton, the film is set in the early 90s during the days surrounding the death of Kurt Cobain.

Two young men meet as their parents fall in love, with an immediate grunge-tinged love of music uniting them. They befriend a young lady named Sarah, and hang around, smoking pot and listening to music. The close bond between the two boys eventually becomes physical, with occasional kisses and a general shared intimacy. When their parents break up, that bond is tested in a way that leads to tragedy.

Beautiful cinematography and naturalistic performances add up to a stunning coming of age story that has a pervasive ring of truth to it.

“…the kind of film you want to bump into at a festival…it isn't afraid to take chances.” Nick Allen, RogerEbert.com

“…promising and impressively self-assured… crafted with the confidence and skill of a veteran…(a) sensitively wrought teen-angst drama (that) has a timeless quality…”. Geoff Berkshire, Variety 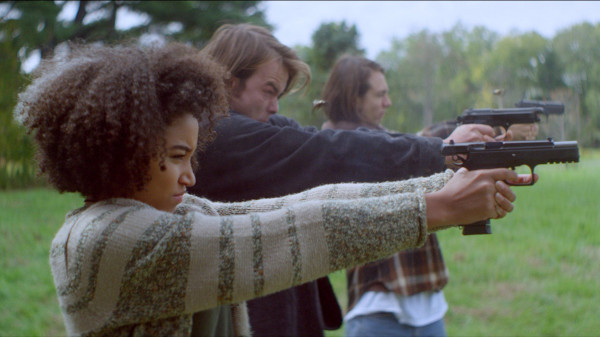