This film is a beautifully shot, lovely satirical comedy in the style of Milos Forman's THE FIREMAN'S BALL or Jiri Menzel's MY SWEET LITTLE VILLAGE. The year is 1919, and a small Central European village, Bratislava, finds itself with no specific national affiliation, in the wake of WWI. A serial murderer may have taken refuge in the town, and both a local cop and an FBI agent are on the hunt for the predator. Both Poland and Czechoslovakia wish to lay claim to the town, but the local citizens become convinced that President Woodrow Wilson wants to annex the city to the United States, based on the presence of an FBI agent in their midst. They believe that the President is coming to visit the town, so they prepare for his arrival in hilariously inept, but well-meaning style, such as dressing all the schoolgirls in Native Indian attire and waving little American flags. Meanwhile the Poles and the Czechs engage in Spy vs. Spy bombing plots and other very funny shenanigans.

Inspired by paperback crime novels, this Central European-set comedy is much more recognizably human than the often more aggressive, slapstick style comedy that we are used to in North America (Adam Sandler, anyone?). This one is gently satirical, poking fun at small-town politicians and its citizenry in ways that will have you laughing out loud. For the record, Woodrow Wilson was indeed looking to annex new territory to the US of A after World War I. But he chose Hawaii over the town of Bratislava. Must have been the weather. 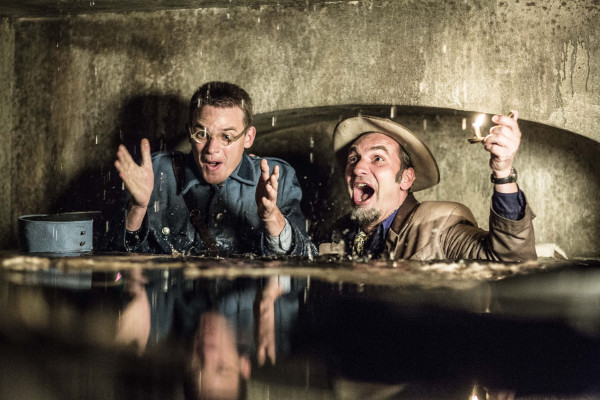