This UK indie follows three people trying to muddle through their complicated lives in contemporary London. Three people, three extraordinary stories. All lived out within a hundred London streets.

The film was shot under the title “One Square Mile” as all of the characters live within a close proximity to each other. The lovely Gemma Arterton (well known to Whistler Film Festival devotees for her role in GEMMA BOVERY) plays Emily, a young mother on the rebound from a failed marriage to a star rugby player Max. Max wants to reconcile with his ex, but is battling the demons of post sports star retirement and a cocaine habit. Gemma is having an affair with a man who loves her, but can't quite turn away from the animal attraction she feels for the father of her two children. Other intertwining storylines involve a young aspiring actor Kingsley (played by Franz Drameh) trying to make it on the streets as a drug dealer, and the story of a cab driver coach who is involved in a serious car accident involving a soccer coach. They all make up the teeming mosaic of contemporary London in this memorable drama a bit reminiscent of CRASH.

Idris Elba is repeatedly rumoured to be in line to become the first black James Bond, and he and Arterton have appeared together before in ROCKNROLLA (2008).

“Full of gorgeous shots of London, the camera lovingly frames all of its lead actors, who do strong work here.” Ben Pearson, Not Just New Movies 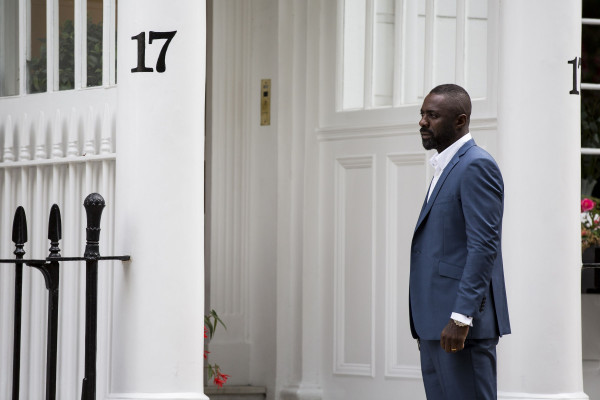