This is a riveting thriller set in the world of high-powered Washington lobbyists and political power-brokers, mostly shot in Toronto. Jessica Chastain is rumoured to be in contention for another Oscar nomination this year for her role as Elizabeth Sloane, one of Washington's most sough-after lobbyists., Ruthless and cunning, she prides herself on doing whatever it takes to succeed, but in taking on the pro-gun industry, she may have to risk her own safety and that of her loved-ones. Sloane has been approached to spearhead the campaign to introduce new legislation requiring more stringent background checks for gun ownership. As anyone who follows American politics can attest to, this is one of the most divisive issues in American politics today, pitting Second Amendment advocates against those who believe the right to bear arms should come with certain social caveats. As one of her adversaries warns, “We are five million strong, and we are armed.” This is a slow-burn courtroom thriller that leads to an incredible pay-off. Mark Strong and Jessica Chastain have previously appeared together in ZERO DARK THIRTY. Director John Madden is a master story-teller, having brought such classics to the screen as MRS. BROWN, PROOF, CAPTAIN CORELLI'S MANDOLIN, the two BEST EXOTIC MARIGOLD HOTEL movies, and of course, everybody's favourite, the Oscar-winning SHAKESPEARE IN LOVE. He has directed three actors in Oscar-winning performances (Judi Dench in MRS. BROWN, Gwyneth Paltrow and Geoffrey Rush in SHAKESPEARE IN LOVE). It is truly an honour for the Whistler Film Festival to be presenting the Canadian premiere of this latest showcase for an amazing performance by Jessica Chastain. 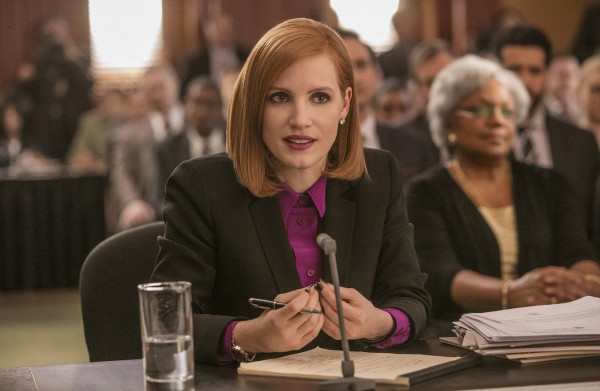