It is always thrilling to come across a truly original movie that delicately straddles the tonal divide between comedy and drama. Albert James is a brilliant astrophysicist who lectures at a local university. We see him as a paradigm of self-assuredness and self-control as he expounds at length about chaos theory and the origins of the universe.

Meanwhile, the film crosscuts to the war zone of emotional chaos that is represented by professor James' family life. We're talking a family that is headed towards a complete meltdown here, and all of it within the course of one fateful weekend. James is going through a possible marital breakdown with his long-suffering wife, his kids are all going through crises and he gets tangled up in it all when endures an important interview high on mushrooms.

The film was shot in North Vancouver over a twelve-day period, and the filmmaker collaborated with real life astrophysicist Dr. Jaymie Matthews to ensure that the lecture sequences were credible. This one is laugh-out-loud funny. 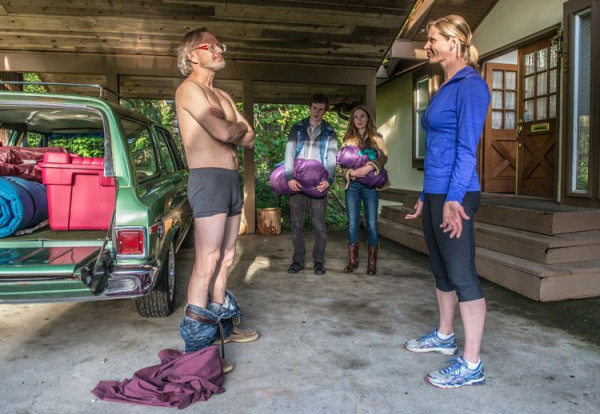