The original THREE LITTLE PIGS directed by Patrick Huard in 2007 was a huge comedy hit, revealing the male chauvinist attitudes of three brothers, unfortunately for some, rather typical Québec males. As the highest grossing Canadian film of this year, it may be even funnier than the first.

This sequel picks up on the story of the three chauvinistic brothers five years after the death of their mother. Remy is the most successful of the three. He is married, running a business, and hiding his bisexual extra-marital affairs from his wife (a reveal that came at the end of the first film). His younger brother Christian, moves into his mansion just as he is being thrown out, and sparks kindle with his brother's estranged wife. The third brother is having his own sexual and business problems, which he is trying to hide from his beloved. They are all jerks, really, and the film takes on a farcical tone, with slammed doors, close calls and lots of inappropriate laugh out loud boner sight gags.

Director Pouliot has a golden touch at the box office, having directed last year's Golden Reel Award winner for highest box-office, the cartoon remake of LA GUERRE DES TUQUES, SNOWTIME! And the classic SEDUCING DR. LEWIS (remade as THE GRAND SEDUCTION) is also a part of his body of work. Guaranteed, there's a laugh a minute in this one, as Pouliot knows where to find the laugh out loud moments amidst the insecure and inappropriately juvenile sexual shenanigans of these three brothers. 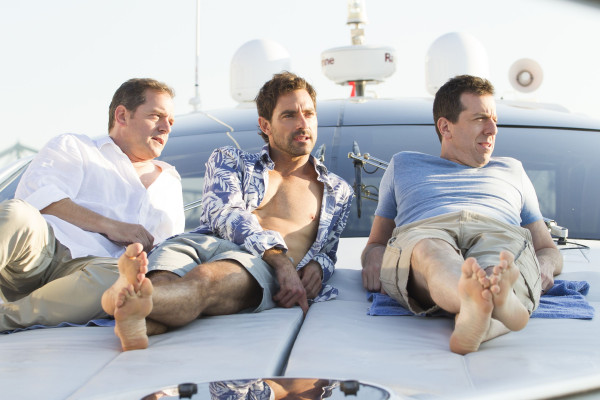