From the director of HIGH RISE and SIGHTSEERS comes this absolutely over-the-top exercise in black-humoured violence and social anarchy. Winner of the People's Choice Award at this year's Midnight Madness strand at TIFF, this is a crazy tale about two gangs who meet in a warehouse to exchange money for guns.

Set in Boston in 1978, members of the IRA have arrived to purchase machine guns from some arms dealers. All goes relatively well for the first half hour or so as they warily negotiate the final terms of the exchange. But a previous altercation between two rival gang members sparks a shooting that leads to all hell breaking loose. Greed and an utter disregard for human life dominate the lengthy shoot-out that follows.

Brie Larson, hot off her Oscar winning turn in last year's ROOM does more than hold her own amongst all the testosterone laden gangsters. Slick and very violent, yet funny as hell.

“Tons of fun…will no doubt find a huge audience, which it really deserves to do.” Paul Heath, The Hollywood News 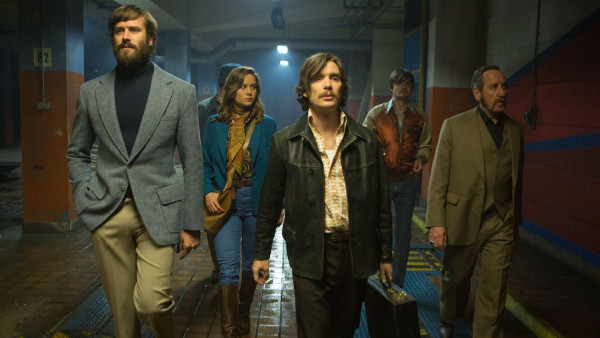