This is an amusingly loose-lipped diary of a trip that Jay Baruchel undertook to explore his celtic roots and his love for a famous soccer team. It might almost be subtitled “How Jay Baruchel Spent His Summer Vacation.” As he visits various locations (and pubs) it becomes clear that Ottawa-born, Montreal-raised Jay Baruchel has not let Hollywood tarnish his everyman down to earth appeal. Jay is a well-known sports enthusiast, and his love of the Montreal Canadiens and hockey in general has been made manifest in the GOON movies. What is less well known is his obsession with the Celtic Football Club, and a large part of this trip is about seeing his favourite team play in the magical sports arena known as Celtic Park. In this quest, he is accompanied by soccer journalist Eoin O'Callaghan. Eoin explains that cheering on the Celtic Football team is not a sports pastime for the locals, but an identity-defining way of life.

And so it goes for Jay as well, as this trek goes from Dublin to Glasgow and even stops in Westport, where Jay's ancestors come from. As Jay yells out at one point as he runs up a hill on a brisk day, “I love being alive.” “You stupid bastard,” mumbles his local tour guide, barely trying to keep up. Let's just say that Hollywood stardom does not much impress most of the locals. And that's just as Jay would have it. 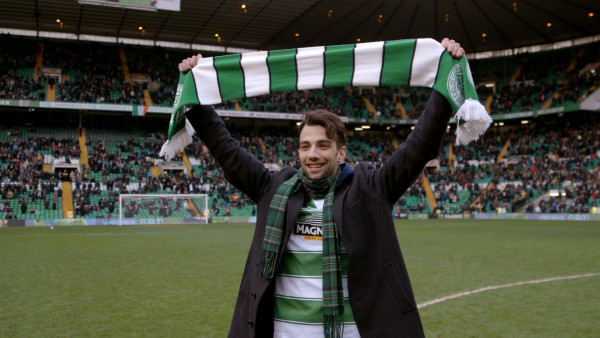