Ken Finkleman has made his reputation in Canadian television for cynical Gemini-award winning political satires such as THE NEWSROOM, AT THE HOTEL, GOOD DOG and GOOD GOD. But few people know that he was a writer of feature film comedies such as AIRPLANE II and WHO'S THAT GIRL? With AN AMERICAN DREAM, Mr. Finkleman brings his particular brand of wicked, pointed satire to the American political system, and he takes no prisoners. Some might even accuse him of being anti-American, although with the recent Donald Trump Presidential campaign, sometimes satire cuts closer to the bone than anyone might imagine. Our hero, William Bowman, loses his job due to vested big business interests. The entire American political system is put into question as gun lobbyists take over Washington (in one hilarious scene, senators get together for a vote with their guns openly brandished), and corporate America pushes through its agenda at every turn. Originally entitled “God and Country”, it would be impossible to describe the wild and woolly shenanigans that come at you ferociously during the course of this film. There are probably more original bits of comic inventiveness in any five minutes than you can find in most complete Canadian features. There really has never been a satirical movie like this. 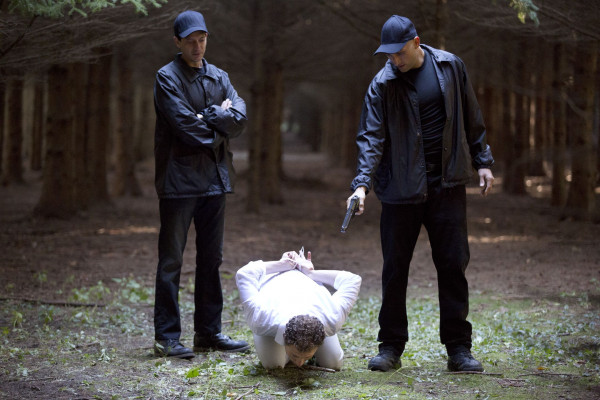