A very accomplished first feature by Newfoundland based filmmaker Martine Blue, HUNTING PIGNUT features an astounding breakout performance by young Kelowna, BC actress Taylor Hickson. She sensitively plays a fifteen year old girl Bernice, who is bullied at school, and leaves home after her absent father dies from an overdose. Dad had abandoned the family when she was very young, preferring to live the life of a street person. A number of her dad's drug buddies show up at the funeral and steal her father's ashes, wishing to respect his wishes not to have them buried with his family. Bernice takes off after Pignut, the man who stole her Dad's ashes, exposing herself to the dangers of life on the streets. From the constant threat of sexual assault, to the use of illegal drugs of all sorts, she sees it all.

First-time director Martine Blue does not shy away from showing the darker side of life on the mean streets, particularly the vulnerabilities and pressures that can lead a young teenage girl into making some dangerous life choices. Taylor Hickson does not hit a false note in the role of a mixed-up teen searching for her identity, and carries the movie to its moving conclusion. After brief roles in DEADPOOL and BLACKWAY, Taylor Hickson is truly a star on the rise. 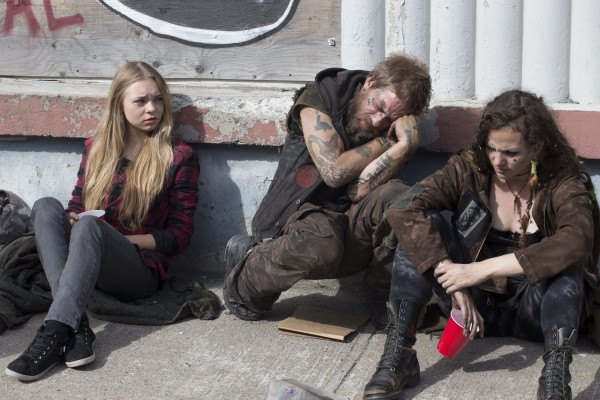