People with a love of classic 60s and 70s rock' n roll will not want to miss this. In telling the history of England's most influential rock newspaper, and the people who wrote and shot photographs for it, director Leslie-Ann Coles has unearthed a veritable treasure-trove of rare photos and incredible first-hand tales of all of your favourite rock legends from that era from Keith Moon to Jimmy Hendrix to The Who and Cream.

Melody Maker's chief contributing photographer (from 1965 to 1975), Barrie Wentzell, serves as the main tour guide of the magazine's meteoric rise, riding the crest of the British music invasion, to its sometimes tragic, sometimes amusing fall. Barrie is joined by his former colleagues such as journalist, Chris Charlesworth who recalls when the magazine tried to expand into the US market without paying off the mobsters who controlled magazine distribution in key cities such as New York. The film is supplemented with recent interviews with stalwarts from the era including Eric Burdon of The Animals and Ian Anderson of Jethro Tull, who all recall the enormous influence that Melody Makers had on their careers and aspirations as young musicians. Director Leslie Ann Coles has been running the very successful Female Eye Film Festival in Toronto since 2001. This is her first feature as a director, following her award-winning short IN THE REFRIGERATOR in 2000, and work as an actress, dancer, writer, and producer. To these, you can now add the title of rock historian. 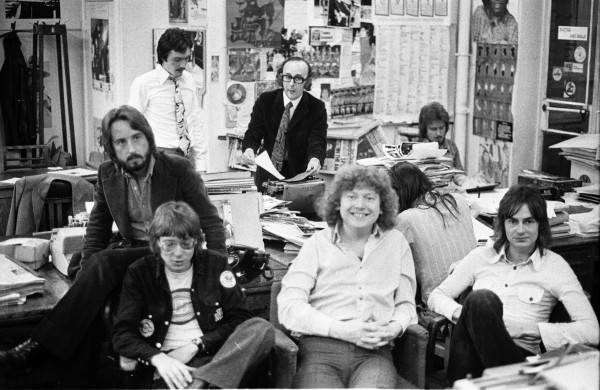