You've heard of BAD MOMS? A surprise hit this summer, it showed young mothers rebelling against the unrealistic expectations of being perfect maternal role models. Well, they can't hold a candle to Claire, the bad Mom depicted in Menorca. A soccer mom who is seen doing drugs and sleeping around in the opening scenes, her hedonistic pursuits are clearly a symptom of some deeper malaise. On an impulse, she takes off for points unknown, hitching a ride with an attractive young woman who works in an out-of-the-way strip club. She soon gets a job there, but the urge to reconnect with her understandably estranged son finds her questioning the life choices she has made thus far. This is a first dramatic feature from the Winnipeg based Farpoint Films, a company that has previously specialized in producing reality lifestyle television programs such as ESCAPE OR DIE! and THE ILLEGAL EATER. John Barnard, has the courage to tell a story that many may find somewhat shocking as he does not pause to worry about political correctness. Courageously played by Tammy Gillis, Claire is not a character that gives a hoot whether you like her or not. But we all know that there are some Moms like that out there. 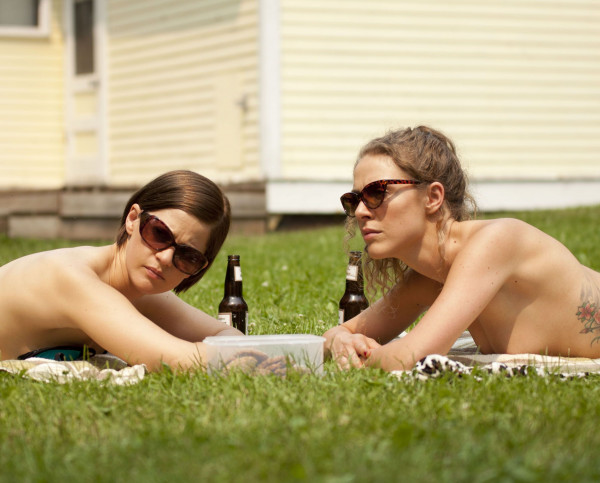