This is one sick, twisted and highly original dark comedy that emulates the tone of the Robert De Niro/Jerry Lewis classic THE KING OF COMEDY. It certainly takes its shots at yearning for stardom and pop culture's low-level tastes.

A nerdy accountant named Lenny dreams of becoming a stand-up comic. The only problem is, he's not funny at all. He hits the road looking for fame and glory in Las Vegas and picks up a hitchhiker, who also happens to be a serial killer. A heckler at one of Lenny's open mike disasters ends up as a body in the trunk of his car. Lenny, completely traumatized, and convinced that he may have killed the man in a fugue-state of rage, goes on stage to confess his crime. The audience thinks this is hilarious, and acclaims Lenny has a unique comedic style. But how do you sustain a career like this?

Like the carnivorous plant in LITTLE SHOP OF HORRORS, the need for success and murder is like a little voice inside Lenny's head that says, “Feed me." Truly one of the funniest, darkest and most original indie films of the year.

“Offbeat and strangely alluring.” Erik Samdahl, FilmJabber
“It's a unique concept and a great opportunity for O'Heir (Parks and Recreation) to really flex his acting muscles.” Jessica Baxter, HammeronTail.com 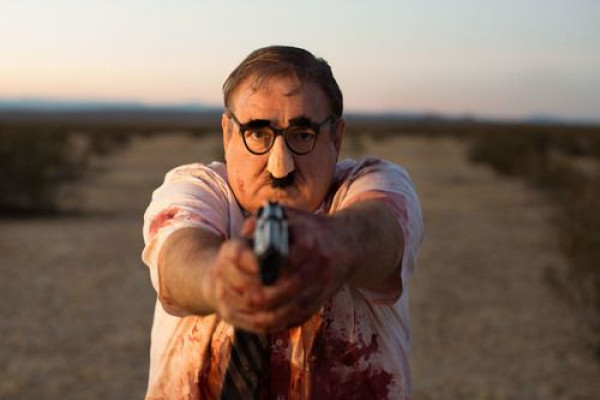