A stunningly tense and exciting post World War II drama, as young German prisoners of war, many of them barely out of their teens, are used by Danish army patrols to detect and disarm German land mines that have been planted in the Danish seaside beaches. It doesn't really dawn on most of the conquering soldiers that they are treating their young charges with the same inhumane disregard for human life that the Germans themselves had displayed during the war.

Based on a true story, over two million buried land mines were dug up by hand by German POWs, often with fatal consequences. The story focuses on a veteran Sergeant Carl Rasmussen who is assigned to the boys and promises that they will be allowed to go home after the task is done. He becomes a bit friendly with some of the kids, and the suspense is riveting as each bomb dismantlement could result in major injury or death.

“The film works as a moving anti-war essay and as a gripping thriller.” Stephen Farber, The Hollywood Reporter 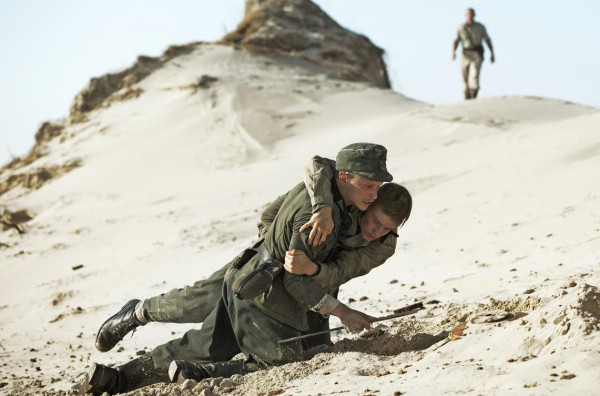