It is difficult to describe this mockumentary entry without giving away its astounding central discovery. Suffice it to say, that if you see this movie, you will literally learn how to get away with murder. Unfolding as a thriller that was triggered by an email and a mysterious photograph, it was while investigating a head-scratching triple homicide committed by a guy named Dwayne Nelson in Yellowstone National Park that filmmakers Pinder and Levins uncovered the real story - a constitutional loophole in US jurisprudence that would literally allow someone to get away with murder, without suffering any legal consequences. We are not talking self-defence or some crime of passion, we are talking about cold-blooded premeditated murder.

Beautifully shot by Pinder, who previously made his mark with the eco-doc LAND (2010), the structure of the film becomes increasingly tense, as the filmmakers discover that they may be in way over their heads.

“…multi-layered and ever shifting…” *****, Jennie Kermode, Eye for Film

“…what starts as a documentary soon takes on the aspect of a conventional movie thriller. Yet if the story that Pinder pursues seems incredible, nonetheless he uses his experimental form to expose a different kind of truth…” Anton Bitel, Projected Figures 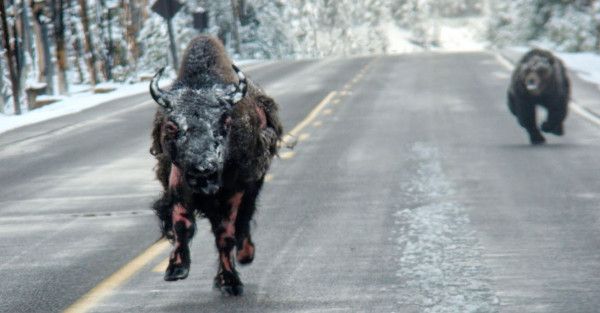