The first film ever made in the Atikamekw language, this film tells the moving story of Shawnouk, a young First Nations man who befriends a low-life from Montreal. Together they break into the high scale cottage/summer homes that have been built on or near their land in Northern Quebec. It is not cottage season, so a non-violent break-and-enter directed at rich absent homeowners is all that is planned. But when a cottage owner actually shows up during their break-in, Shawnouk's accomplice pulls out a weapon, and Shawnouk is forced to commit a crime for which he cannot forgive himself. Distraught, he flees into the forest, banishing himself from family and his community. But he soon returns to his band, and learns that the traditional ways of emotional healing can lead to self-forgiveness and acceptance.

Shot in the village of Manawan, the cast is composed almost exclusively of non-professionals from the village. This is the director's first dramatic feature, a deeply felt celebration of native culture and tradition with a stunning soundtrack. 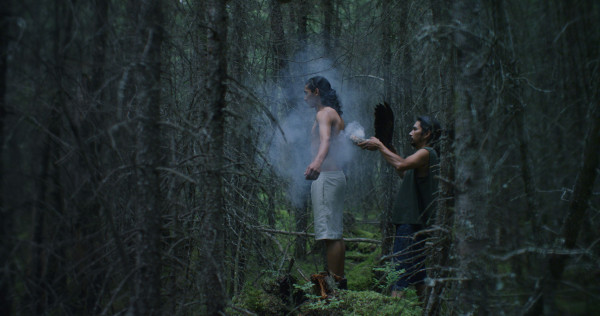