Rarely in the annals of Canadian filmmaking has a director attempted to make an old-fashioned World War II spy thriller, in the style of Casablanca. Welcome to THE CYCLOTRON, a thriller with sci-fi overtones, that tells the story of Emil, an ethical German scientist who has discovered the formula for making an atomic bomb well before the Americans. Fleeing on a speeding train to Switzerland, he is being pursued by Konig, a German scientist who suspects his colleague has made a breakthrough. With Nazi soldiers by his side, he plans to capture Emil and make him talk. Also on board is a femme fatale assassin working for the Allies.

Shot in black and white aboard a speeding train, there is a swoon-inducing romantic subplot, a quick lesson in time-shifting quantum physics, and it all leads to the heart-pounding realization that an atomic bomb prototype may actually be on the train. This sets up one of the greatest endings in Canadian movie history, which will make you reconsider all that has preceded. Yes, they don't make ‘em like they used to anymore. And in Canadian cinema, they never did. But a smarter, more thrilling cinematic ride would be hard to imagine. 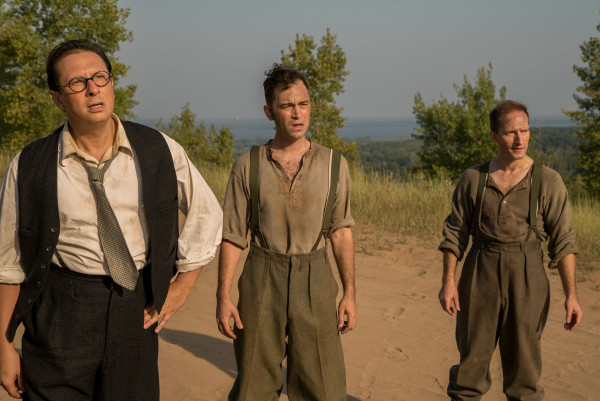