A behind-the-scenes look at the making of Oscar-winning (1983, for JUST ANOTHER MISSING KID) filmmaker John Zaritsky's latest and perhaps final documentary. This doc tracks a third visit to the victims of thalidomide, a drug taken by women in the 50s to treat morning sickness, which resulted in a number of children being born with birth defects.

This is much more than a companion piece to that feature, much more than a “making of.” It serves as an affectionate but honest portrait of a humane, compassionate, irascible, authority defying, documentary filmmaker who is an unsung national treasure. It is also an inspiring look into the process of a particular form of POV documentary filmmaking that is getting harder and harder to finance.

Zaritsky relies heavily on his wonderful and dedicated crew to help realize his vision, and he is generous in crediting them with his success. He also admits to being an instinctive pain in the side of authority figures, producers, commissioning editors, etc. Yet, his fairness and fundamental open-mindedness comes through in an amazing sequence where he interviews the son of the German pharmaceutical manufacturer of the thalidomide drug, who has inherited his father's fortune. Despite assumptions going in, he finds a thoughtful, questioning man, who assumes the responsibility that comes with his ill-gotten games to make the world a better place, and Zaritsky responds with genuine surprise and admiration.

A must-see for all aspiring documentary filmmakers in Canada. 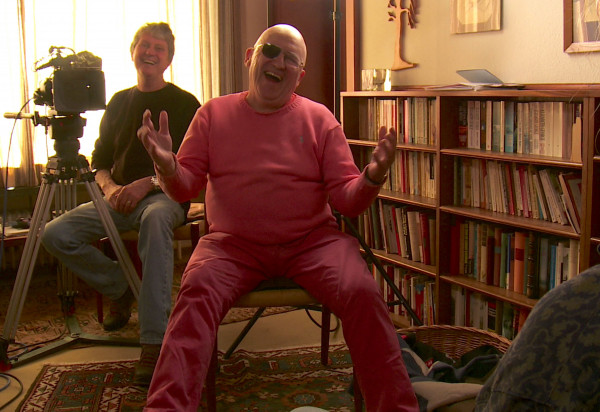