Lia is a troubled Montreal teenager who is sent to live with her Grandma in Fort McPherson in the subarctic. She obviously hates it there, and figures she can just take off on her own across the wilderness until she finds a town, from where she could make it back to civilization. Under her tough veneer, she is a vulnerable young woman, and has significantly underestimated the vast distances and the dangers her journey will entail. Fortunately, she meets a wise old caribou hunter who takes her under his wing, however reluctantly. But a bear attack leaves one of them severely injured, and Lia must suddenly grow up in a hurry, as a matter of sheer survival.

Devery Jacobs is a striking young actress born in Kahnawake, who already made her mark in RHYMES FOR YOUNG GHOULS (2013). She holds the camera here for most of the film's running time in a remarkable performance. First-time feature filmmaker Kirsten Carthew shows a particular affinity for capturing the harsh beauty of the far north. She shot the film near the Arctic Circle around Yellowknife, in the Northwest Territories. The Gwich'in Social and Cultural Institute workshopped the film and became involved as early as 2009, and community elders were there to ensure authenticity as the project developed. 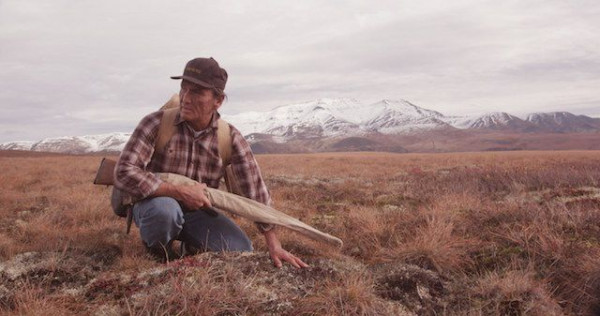