THE DEATH (AND LIFE) OF CARL NAARDLINGER

There have been a number of films over the years that have dealt with the doppelganger theme, that is, the possibility that there is someone out there who looks exactly like you do. It is the principle behind THE PRINCE AND THE PAUPER and Denis Villeneuve's recent ENEMY, for example. But in this ingenious new comedy from first time director Katherine Schlemmer, we find our mild-mannered IT specialist confronting what can only be called a double doppelganger situation.

At first, officials come to his door looking for a man with the same unusual name. What are the odds with a name like Naardlinger? It turns out his namesake has gone missing, so our hero goes looking for him in the Toronto ravines. Instead, his quest turns up the missing man's identical twin brother. Meanwhile Carl's wife Pam is unnerved when she wishes the neighbour dead, and that is exactly what happens.

What is going on? Can there be some higher power that is pulling on strings to spite the Naardlingers? Originality and laughs at every step, DEATH (AND LIFE) is the calling card of a fresh new female directorial voice. 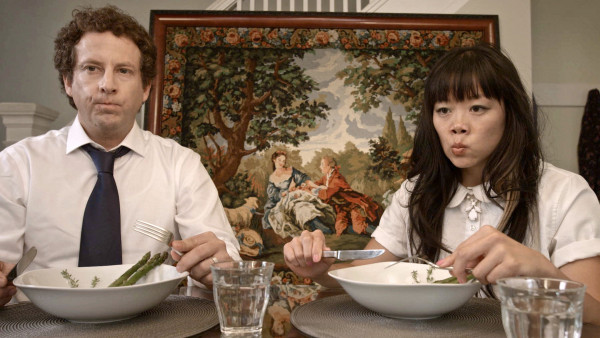 THE DEATH (AND LIFE) OF CARL NAARDLINGER